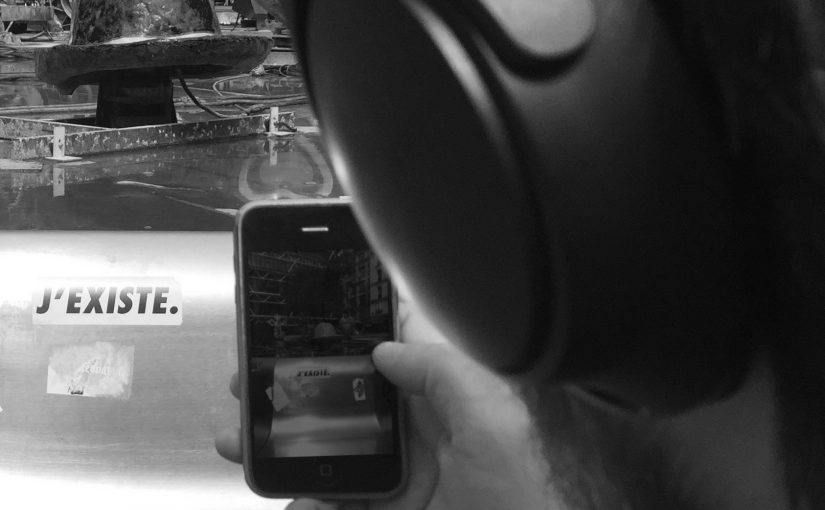 Square is a sound walk around the place Igor Stravinsky in Paris created by Lorenzo Bianchi Hoesch during an artistic research residency at Ircam. The installation has been inaugurated at the Manifest festival in June 2017 and is openly accessible as a web application since.

The sound walk leads the visitor across the place, following the steps of a women who tells her story in a succession of sound scenes associated to particular spots of the environment. The installation explores the impact of realistic and congruent augmented soundscapes upon spectators immersion, and how it can be used to blend fiction and reality.

The web application is compatible with most mobile devices (i.e. smartphones, tablets, laptops) using a recent web browser. The audio rendering is intended for binaural listening over open headphones allowing for merging the fictional sounds with the sound environment of the square. Most of the sounds have been recorded either directly on the Stravinsky square, or pre-processed to give the impression they actually could have been captured there.