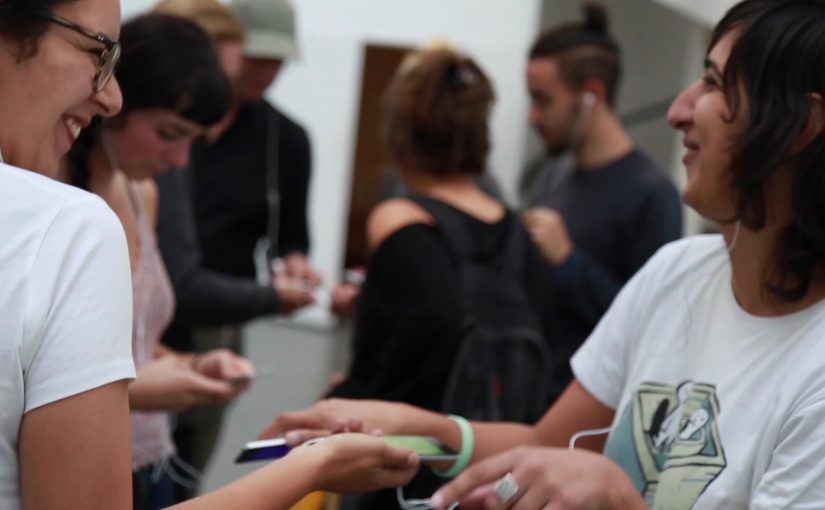 ProXoMix is the prototype of an interactive installation where participants equipped with mobile devices remix a piece composed of complementary loops by moving in an empty space. Up to 24 participants embody and control each one track rendered over earphones. A lowpass filter allow them to modulate the timbre and presence of the looped track by tilting the mobile device. When two or more participants (i.e. their mobile devices) come closer to each other, their tracks and its modulation appears in each other’s earphones.

The installation allows for collaboratively performing mixes of the tracks creating social-musical assemblies and spontaneous choreographies. The mobile application uses Bluetooth beaconing to estimate the distance between the mobile devices.

The originality of the installation lies in the entanglement of social and musical affordances as well as in the collaborative embodiment of the notion of (re)-mixing it creates. In the installation, space becomes an interface. But other than in geolocated sound applications, the space in ProXoMix is not predefined. It is structured by – and actually unfolds through – the spatial relationships (i.e. distance and relative orientation) between the participants.

A first version of the has been shown during the CoSiMa workshop at the ESBA Le Mans in September 2017.