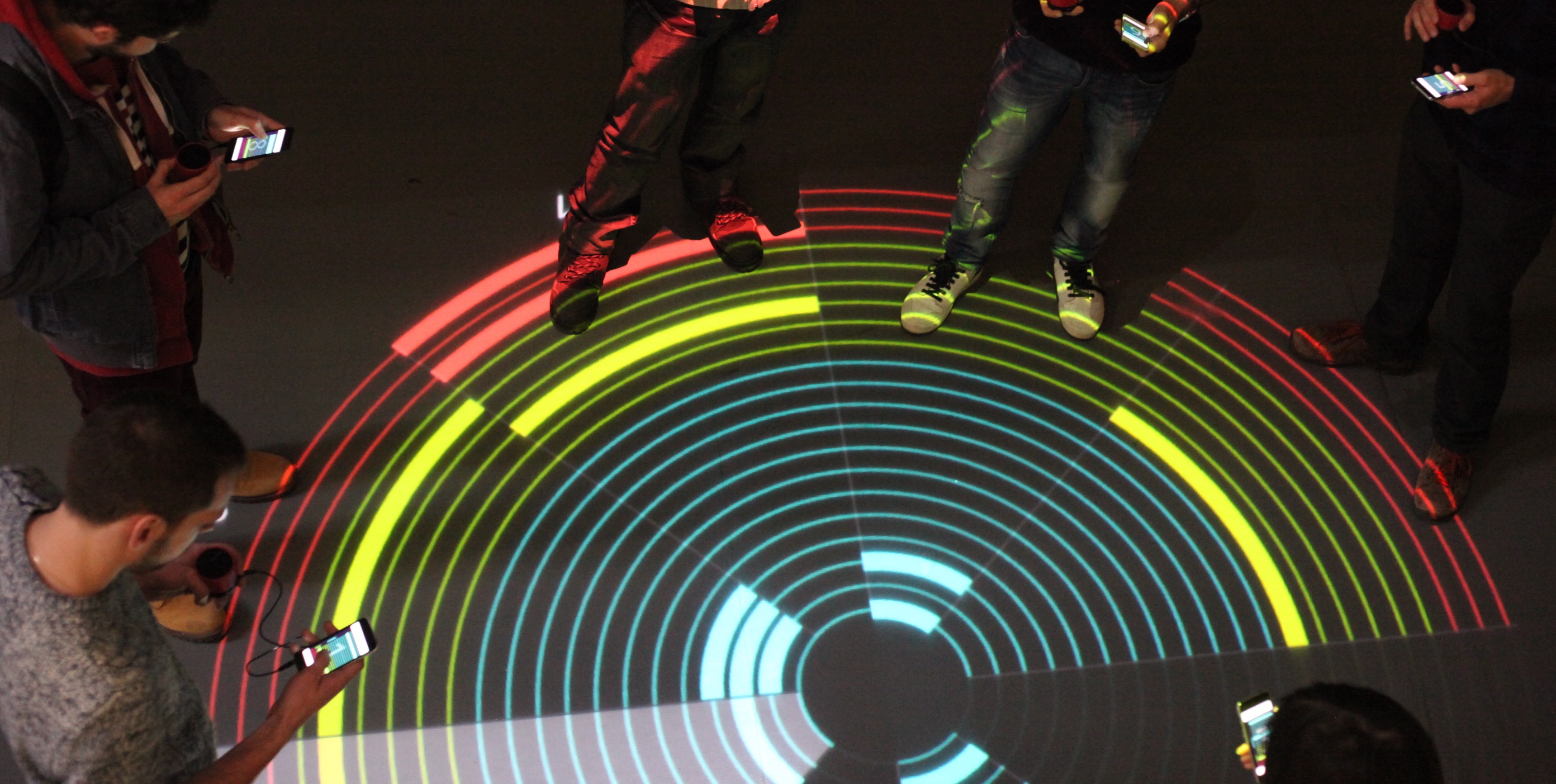 A second version of the Collective Loops installation has been shown during the Ircam Forum Workshops on November 25 and 26, 2015.

The installation features a collaborative version of a step sequencer that uses the visitor’s smartphones to produce sound. The sequencer is graphically represented by a circle of 8 sectors projected on the floor. The sectors light up in a clockwise motion following the beats of the sequence.

When the players connect to the installation through a web page, they choose an available sector, and thus, their step in the loop. The players can control the sounds (i.e. notes in a melody or bass line and percussion sounds) that are played on their smartphone at the corresponding beat of the sequence through a simple graphical interface on their smartphones. The selected sounds are also displayed in the corresponding sector of the circle on the floor.

Positioned around the circle, the players collaborate on creating melodies and rhythm patterns rendered through their smartphones.

The application uses a first complete version of the CoSiMa platform entirely based on web standards.