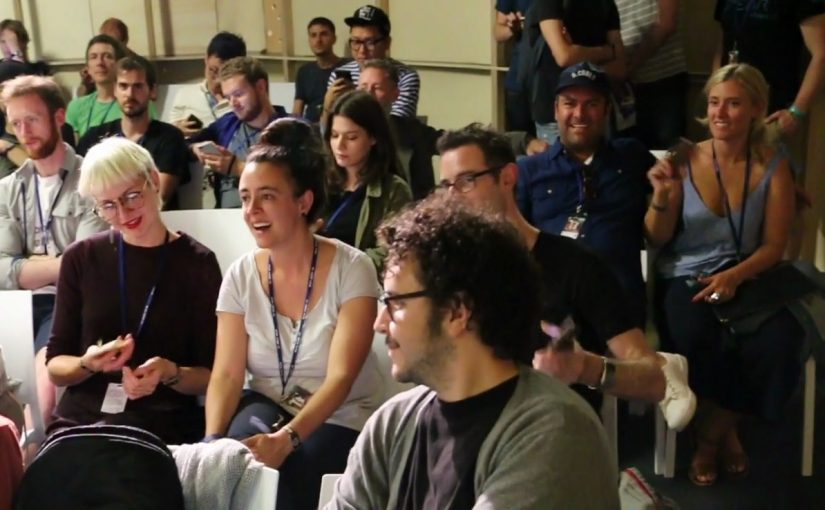 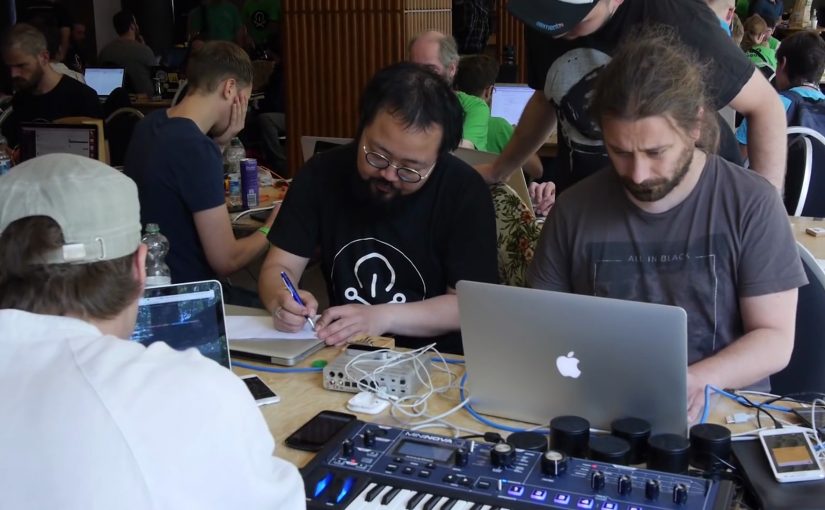 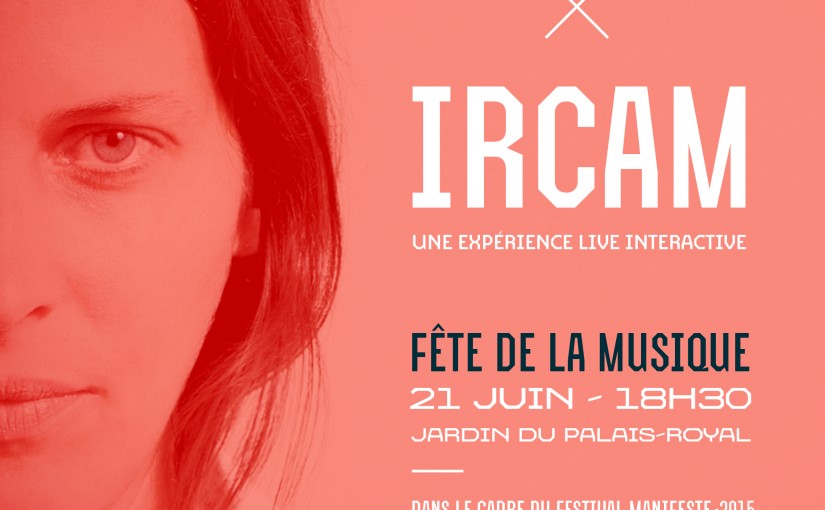 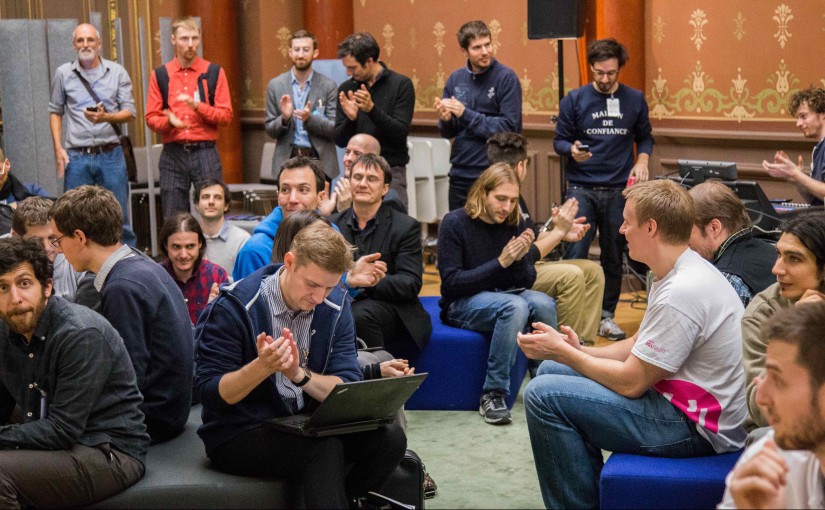 Just like at TEI’15 the week before, we presented our work on the Collective Sound Checks through the poster you can see below. Quite a lot of people gathered at our booth during the demo session to play with the web apps and create spontaneous collective performances. 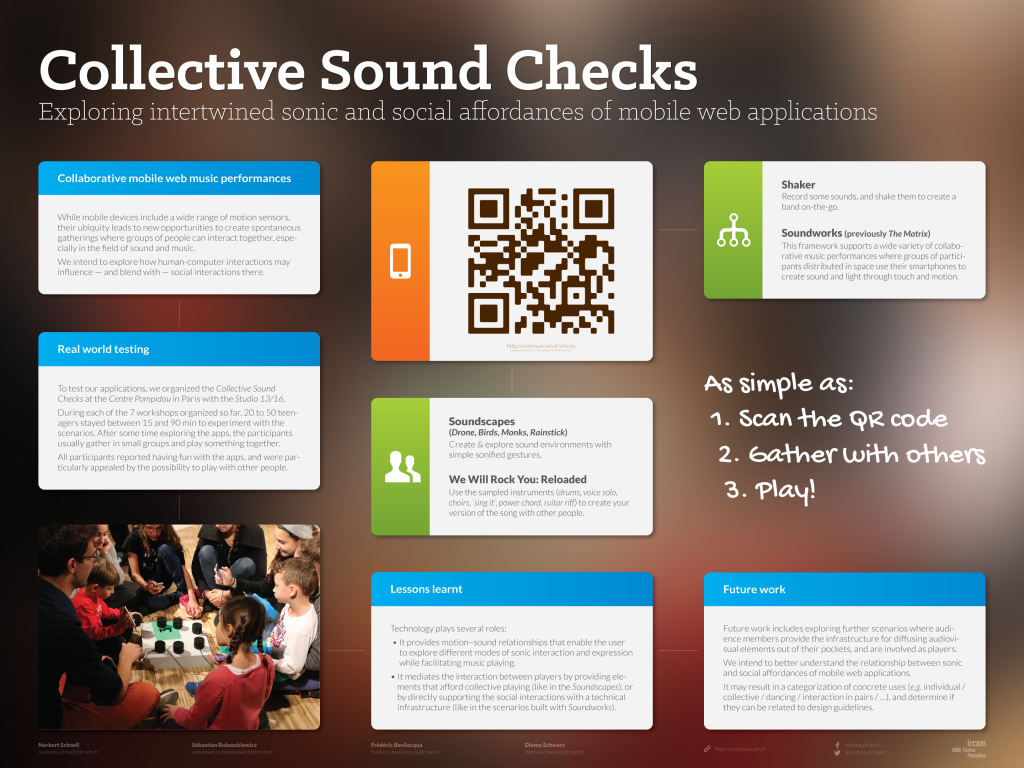 We presented a draft of the Soundworks library (which has evolved quite a lot since then): Soundworks is a Javascript framework that enables artists and developers to create collaborative music performances where a group of participants distributed in space use their smartphones to generate sound and light through touch and motion.

In particular, we used Soundworks to build the Drops collective performance (see below). You can read the WAC paper here, or have a look at the Github repository for more up-to-date information. Finally, you’ll find the WAC poster below.

Finally, we presented the first public representation of Drops, a collective smartphone performance built with Soundworks. Drops is strongly inspired by the mobile application Bloom by Brian Eno and and Peter Chilvers, and transposes it into a collaborative experience: each participant can only play a single sound (i.e. a single pitch), whose timbre can vary depending on the touch position. Together, the players can construct sound sequences (i.e. melodies) by combining their sounds. The sounds are repeated in a fading loop every few seconds until they vanish. Players can clear the loop by shaking their smartphones. The sounds triggered by one player are automatically echoed by the smartphones of other players. The collective performance on the smartphones is accompanied by a synchronized soundscape on ambient loudspeakers. This first Drops representation gathered around 60 players at the WAC.