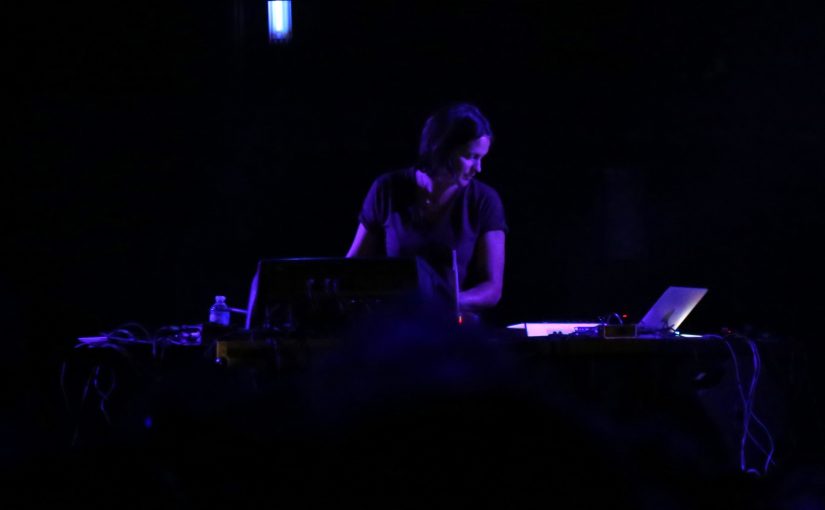 We did it again. After the Fete de la musique, the Chloe × Ircam concert came to the Nuit Blanche at the Gaïté Lyrique invited by I Love Transmedia.

This video summarizes the concert from a rather technical point of view.

Like at the Fete de la musique, the audience participates in this concert by connecting their smartphones to the local Wi-Fi network Chloe × Ircam and by opening the web page chloe.ircam.fr in their browser. Once connected, the participants are asked to indicate their approximate position on map of the concert space. During the concert, Chloé can move sounds over the audience’s smartphones – using four tablets integrated into her setting – and let appear dedicated sound interfaces on the touchscreens. The concert starts and ends with everybody playing with Chloé’s whispering voice.

More images of the concert are published on Chloé’s web site.